Located between the beautiful lakes of Thun and Brienz, the traditional resort town of Interlaken, gateway to the mountainous region of Bernese Oberland. It is best known as one of the oldest and most popular summer holiday resorts in Switzerland, as well as being a great base for discovering some of Switzerland’s most stunning rail routes.

Have a look at our ideas for rail holidays in Switzerland or create your own itinerary with the help of our friendly team.

Climate:  With an altitude of 568m above sea level, Interlaken has a climate that’s classified as warm and temperate. Temperatures fall to as low as -1°C in January and rise to about 18-20°C during the months of June, July and August.

Language: Bernese German (which is not necessarily even understandable to ‘high’ German speakers!) – though English is widely understood

Getting there: The main station for arrivals from international destinations and major Swiss cities is Interlaken Ost (East). There’s also another station called Interlaken West at the other end of town, which you can use for certain domestic journeys. There’s a direct service running all the way from Hamburg and Cologne, along the Rhine Valley and across the Swiss border to Interlaken, but from most destinations, especially from the south, you will need to change trains to get here.

Getting around: With two stations, it’s pretty easy to get around the region by train. There are also some useful yellow post buses around for more rural destinations. Within Interlaken, everything is in easy walking distance. 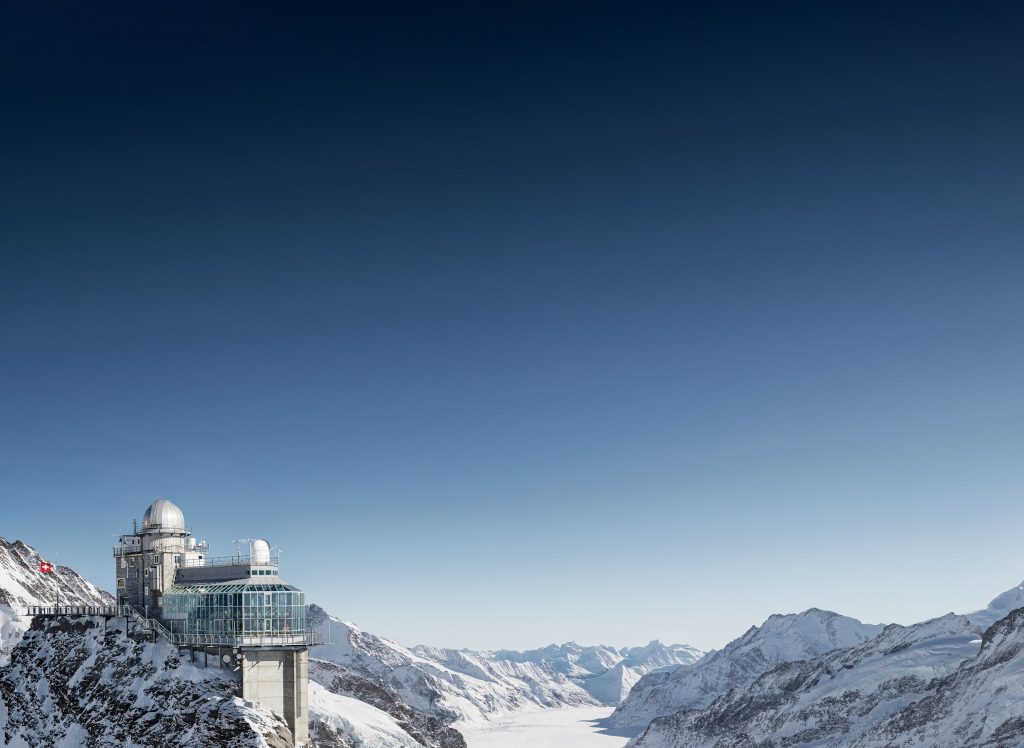 Departing from Interlaken Ost railway station, your journey takes you up to 3,466 metres above sea level to the highest station in Europe, perched just under the peak of the Jungfrau mountain. Incredibly, this rail line is over 100 years old and carves through two other mountains (the Eiger and Monsch) to get to the summit!

Interlaken’s own little mountain is accessible by funicular from near to Interlaken Ost. The upper station offers fabulous views of Lake Brienz and Lake Thun far below to the nearby Emmental Alps and the sky-scraping Eiger and Jungfrau peaks in the distance. Projecting over the slope is a glass floored viewing platform for stronger stomached adventurers. There is also a traditional alpine restaurant at the top.

Lake Brienz and the Brienz Rothorn

You can take the train to Brienz but we recommend a steam boat. Since the 1830s, these steamboats have been chugging across this lake offering passengers wondrous views of the surrounding area, inlcuding Giessbach, site of the castle-like Grand Hotel Giessbach and a waterfall that plunges 500 metres to the lake. You can also take one one of Switzerland’s last steam-hauled mountain railways from here, the Brienz Rothorn.

With its deep blue waters and prevailing breeze, Thun has been a lake favoured by sailors and windsurfers. The shoreline is simply spectacular and with the protection of the woodland bathing areas have formed, inviting you in for a dip in the summer. The pretty town of Thun is also a great alternative when Interlaken is busy in the summer months.

On the northeastern area of Lake Thun is a cave system whose name derives from a 6th-century Irish monk, Beatus. According to legend, the monk set up home here after first kicking out the caves’ resident dragon! The caves have a kilometre-long walkway, impressive chambers and underground waterfalls, making it a great spot to spend an afternoon exploring and learning about local wildlife and geology. 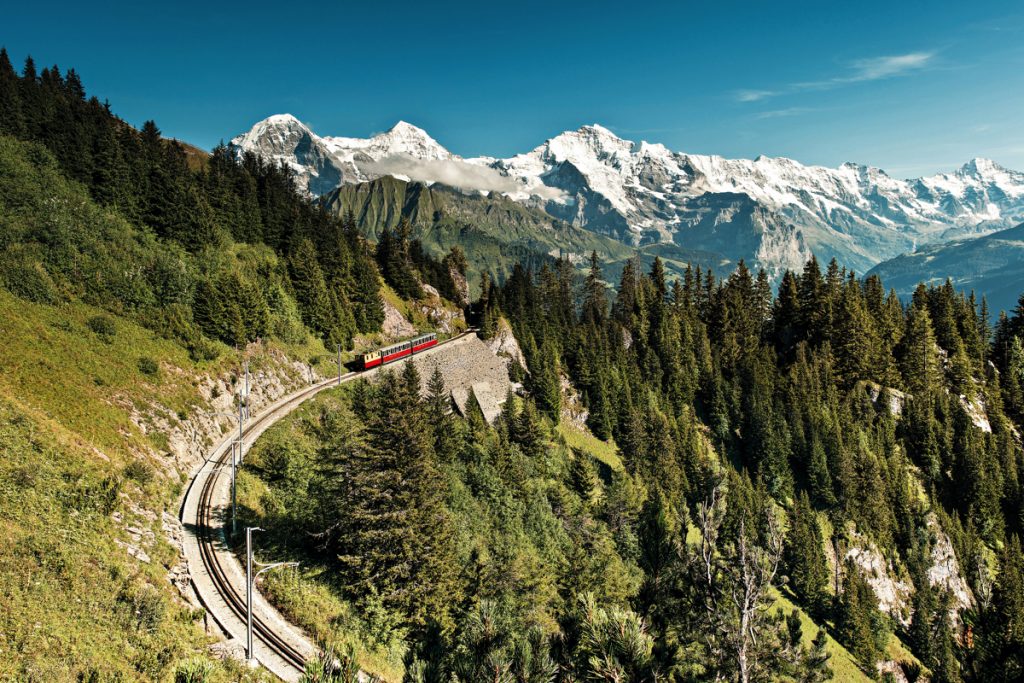 The historic Schynige Platte Railway runs from Wilderswil (a 10-minute rail journey from Interlaken) across the Breitlauenen Alp to the Schynige Platte, 1,420 metres above sea level. At the top, there’s a beautiful alpine flower garden and a restaurant/ café boasting spectacular views.

Don’t miss: The wine of Interlaken! There is some fantastic wine to be tried here. Growing at approximately 600m above sea level around Lake Thun is an abundance of grapes. Visitors can stroll through the vineyards of Oberhofen, Hilterfingen, Merligen-Stampbach, Thun, Steffisburg, Gunten, Wilderswil and Spiez.