Venice via the Brenner Pass

Venice via the Brenner Pass

A good holiday, for me, always starts with a good train journey. However, when time is short, a quick flight has to do. This one was from London to Munich and, apart from the usual flight related irritations, it was very convenient. At Munich airport, the signs for the S (S-Bahn or metropolitan train) were easy to follow, tickets were available to buy at a rank of machines offering instructions in English and, 45 minutes after landing, I was at the central station (or Hauptbahnhof – Hbf for short). From here, I followed one of our handy maps for the 5 minute walk to my hotel, the Courtyard Munich City Centre.

The hotel was extremely comfortable, with good-sized rooms, friendly staff and a really good restaurant, which I escaped to after an hour or so exploring the Christmas markets in the freezing cold. 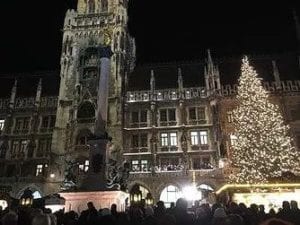 Wrapped up with extra layers the next morning and fortified with an excellent hotel breakfast, I headed out again. The lovely Marienplatz in the heart of Munich’s Old Town, is around 20 minutes’ walk from the Courtyard Hotel. Another 5 minutes or so brings you to the beautiful Hofgarten, built in the early 17th century and surrounded by historic buildings including Germany’s largest city palace, the Residenz.

I got back to the hotel with plenty of time to collect my case, and return to the main station for my first train journey – the Brenner Pass route through to Venice. The accommodation in first class was very spacious and comfortable, with the restaurant car conveniently located in the next carriage. As this was December, I had the entire compartment to myself, until a lady got on at Innsbruck. Lunch in the restaurant car was decent and reasonably priced, with the added benefit of stunning views out of the windows – which only improved as the journey went on. Around Trento, the landscape began to flatten out and the skies darkened. I reached Venice Santa Lucia just after 6pm.

As I had been to Venice a few times before, I decided to walk to the Hotel Bisanzio, my base for the night. This did involve 35 minutes of negotiating steps, bridges and narrow alleys with my suiitcase, but it was almost worth it, until I got lost! Thankfully, I had a warm welcome at the Bisanzio and a beautiful bedroom for the night (pictured below). 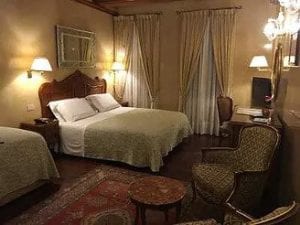 I may have been following our Venice via the Brenner Pass itinerary, but I was doing the super-condensed version. So, after breakfast at the Bisanzio, I rushed out for my one free morning in Venice. The hotel is literally steps from the Venetian Lagoon, with a big sign on the ground advertising the correct ‘calle’ to take. Breathtaking St Mark’s Square is less than 10 minutes’ walk along the waterfront. My destination was the Accademia, an historic art gallery that I’ve never been to before, and one of the attractions (along with San Marco and the Rialto Bridge) signposted throughout the city. This did not make it easy to find – one of the joys of Venice, is to allow plenty of time to get lost – but I managed it eventually.

Venice looks its best at this time of the year, in my opinion. The pale light casts a magical glow over everything and there are far less tourists to jostle with. It was still warm enough to sit outside a cafe on the lagoon and enjoy a traditional Aperol Spritz, before I went back to the hotel to collect my things and headed for the vaporetto stop. Please allow at least an hour to catch Line 2 back to Santa Lucia station. The disadvantage of a bus boat is the speed it’s able to get anywhere!

Rather than take the sleeper to Paris, my plan was to travel to Turin for a night there, followed by another obligatory flight back to London from nearby Milan. My base for the night was the Hotel Diplomatic, a short walk from Turin’s Porta Susa station (where the TGV services to Paris leave from). The Diplomatic is a quite dated hotel, with a very 1980s feel and quite small rooms. However, the staff were helpful, the bed was comfortable and the breakfast was very nice. So for one night, it is perfectly adequate.

The centre of the city was around 25 minutes’ walk. I managed to squeeze in another Christmas market and the amazing Museo Egizio, containing the largest collection of ancient Egyptian artefacts outside of Egypt. But all the amazing palaces, squares and chocolate shops I passed were going to have to wait for another visit. I had a plane to catch!

From $1,599
10 Days
Essential Cities of Spain
From royal palaces to colourful cathedrals, beaches to art galleries, medieval history to contemporary design, Spain has it all - as well as generous servings of sangria and tapas. This short tour is the perfect introduction to the beguiling Iberian peninsula.
From $1,599 per person // 10 days

From $1,999
9 Days
Malta to London by Sea and Rail
On this island hopping itinerary you can enjoy the delights of Malta’s capital Valletta before boarding a boat across the Mediterranean to the island of Sicily. After a full day in the resort town of Taormina, your onward journey takes you through Italy and France, with nights in Naples, Turin and Paris before crossing the English Channel to London.
From $1,999 per person // 9 days 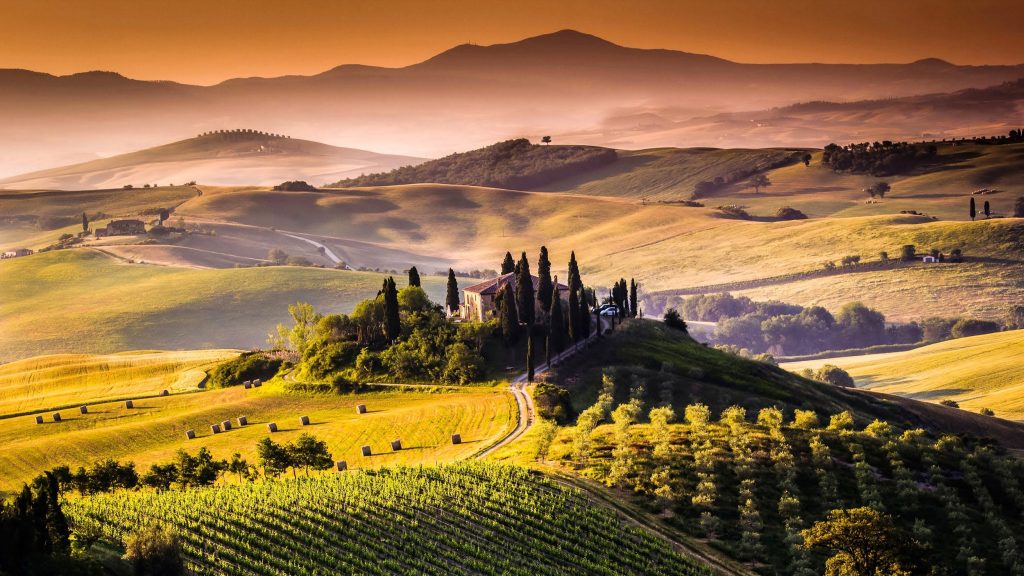 From $1,299
9 Days
Tuscany in Detail
Starting in historic capital Florence, take an independent tour by rail of this beguiling corner of Italy, with stops in Siena, Lucca and Pisa as well as a day trip to San Gimignano and the Chianti wine region.
From $1,299 per person // 9 days