Europe has an extensive rail network that will take you almost anywhere you want to go. But if you want the journey to be part of the holiday, it can be hard to choose from a huge range of rail routes which have the real ‘wow’ factor. So, we’ve put together a guide with some of our favourites. These include stunning coastal journeys, mountain passes, riverside routes and high speed trains through dramatic landscapes. This list certainly isn’t exhaustive, but hopefully it will give you a good starting point for your planning. For any further inspiration, just drop us an email or give us a call.

The Orient-Express is probably one of the world’s most famous trains. Dating back to the 1880s, the original service travelled between Paris and Vienna. It was only in the ’30s that the train truly gained its reputation for glamour and luxury and that reputation is still in place today. Nowadays, the most popular route is between London and Venice, though there are also a couple of departures a year to Berlin, Prague and Vienna. You can find out more about the Orient-Express on our dedicated page here.

Travelling just over 290 kilometres between Zermatt and St Moritz in 7.5 hours, the Glacier Express is certainly not an ‘express train’ in the modern sense. But what this famous train lacks in speed, it certainly makes up for in scenery. You’ll travel along fast-moving glacial rivers, past waterfalls and grazing cows up to the route’s highest point at the Oberalp Pass, 2,033 metres above sea level. You can also join the train in Brig – a gateway to the Bernese Oberland region of Switzerland, and/or end in Chur, the country’s oldest town. You can find out more on our dedicated Glacier Express page.

Between the historic cities of Cologne and Mainz in Western Germany, you can catch a train which takes you along the twists and turns of the mighty River Rhine. Sit back and enjoy panoramic vistas of vineyards, river boats and hilltop castles, or make a stop in the resort towns of Boppard or Bingen. This train will also carry you all the way Basel and Interlaken in Switzerland. It’s not the fastest route, but it certainly is the prettiest. This route features on our Scenic Kaleidoscope holiday.

Like the TGVs in France, the AVE train services in Spain offer super-fast train connections across the country, travelling at speeds of up to 310 km/h. The Madrid to Seville line is a particular favourite because it connects the cosmopolitan Spanish capital with the beautiful and sultry region of Andalucia. Speed through wide, arid landscapes towards the more verdant and hilly countryside of the south. The beautiful city of Cordoba is also on this line, and well worth a stop. Have a look at our Andalucia in Detail suggested itinerary, which includes this route.

Russia’s principal high-speed rail link connects its two most important cities, Moscow and St Petersburg. The trains are German-designed and went into service in 2009, covering the distance from Moscow to St Petersburg at speeds of up to 250 km/h. There are 10 carriages, ranging from Standard Class, Standard Plus, Business and First, plus a cafeteria. As well as connecting Moscow to St Petersburg, there is also a service east to Nizhny Novgorod, which takes a similar time and is an interesting side-visit from the Russian capital. You can incorporate this journey with our London to Russia itinerary.

This stunning journey is considered to be one of the best in the world and showcases Western Norway’s breathtaking scenery. In the span of a brief hour, the train takes you from sea level at the Sognefjord in the village of Flåm to the Myrdal mountain station at 867 metres above sea level. Myrdal is also a station on the beautiful Bergen line, which means that the Flåm Railway connects with trains running between Bergen and Oslo. You can take the Flam Railway with our Norway in a Nutshell itinerary.

There are several routes through the Swiss and Austrian alps to get you from north to south or vice versa. These include the Gotthard Pass via Zurich and the Simplon Route via Lausanne. But the Brenner Pass is our most popular, connecting Munich in Germany with Venice on a direct line, which leaves at a sociable time in the morning and arrives into Venice in time for dinner. There’s also a restaurant car onboard so you can enjoy lunch and a glass of local wine or beer, whilst taking in the scenery.

Slovenia is one of Europe’s lesser known gems for overseas visitors. This historic train route heads through the verdant Soča river valley, winding through tunnels and over viaducts with a backdrop of the Julien Alps. The line starts in Jesenice, which you can reach on a direct line from Slovenian capital Ljubljana. It’s well worth stopping along the way in lovely Lake Bled en route to Nova Gorica, on the Italian border. Steam train fans can enjoy a historic tourist train ride along this route too.

Travelling by train between Berlin and Prague, you will always come to this lovely stretch of rail line, just past Dresden along the River Elbe. Small, picture-postcard villages dot both banks of the river. Imposing cliffs and rock formations tower over the valley with woodland, punctuated by small farms and a few terraced vineyards. You can even spot a few ruins up in the hills. The border between Germany and the Czech Republic passes without so much as a signpost. You’ll simply notice that the language of station signs is different.

This, the less famous cousin of the Glacier Express, is arguably an even more spectacular rail journey in Switzerland. The Bernina Express connects Chur and St Moritz in the Graubünden region of the country to Tirano, just over the border into Italy. The route passes more glaciers than the Glacier Express and is quite as stunning in the summer as it is in the winter. Unlike the Glacier Express, this one doesn’t have catering facilities so we recommend having some lunch in lovely Tirano. Have a look at our Switzerland Rail Holidays page for more inspiration.

To incorporate any of these journeys into your tailor made rail itinerary, let us know by giving us a call or dropping us an email. 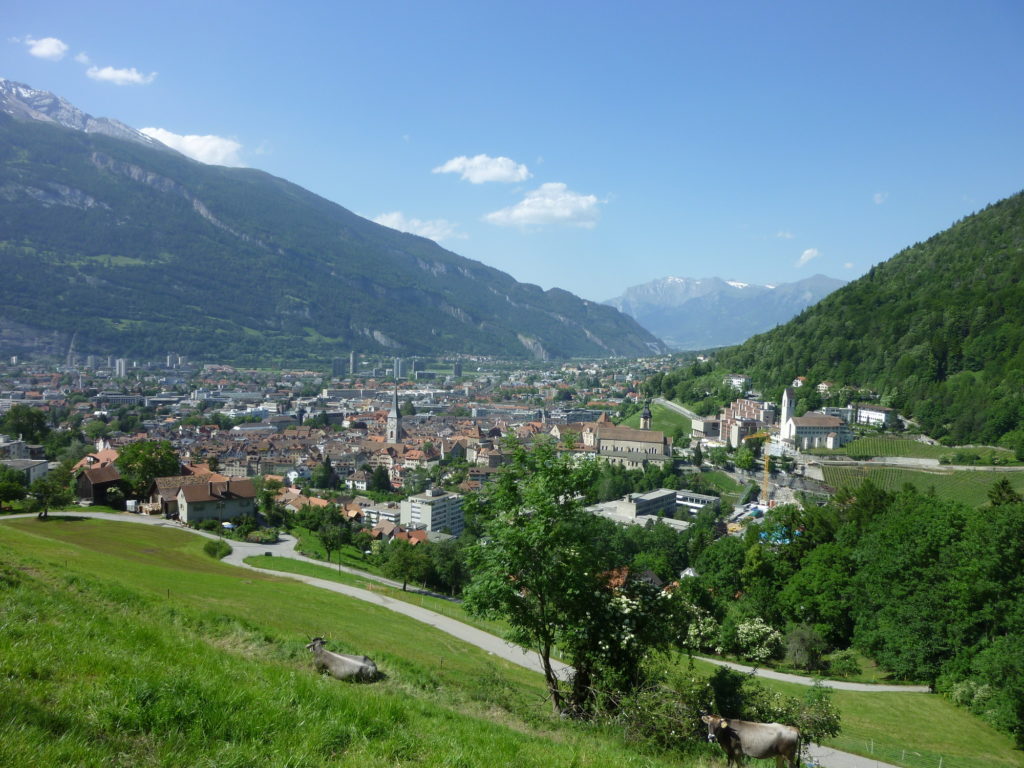 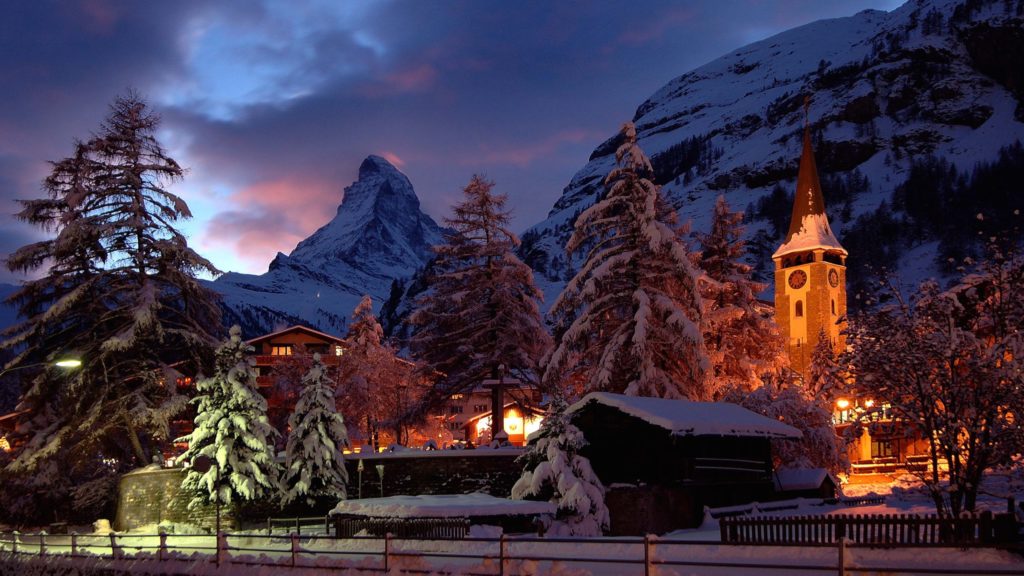 From $2,899
8 Days
Wonders of Winter in First Class
Experience the best of the European winter with a scenic journey through the Alps, including the Glacier Express, the Rhine Gorge, stunning Salzburg, buzzing Zermatt and more!
From $2,899 per person // 8 days

From $1,999
9 Days
London to Russia by Rail
Travel across Europe to Russian capital Moscow on this epic adventure. You'll have 3 nights here and 3 nights in stunning St Petersburg before making your onward journey. Why not continue the adventure and travel back by rail through Scandinavia?
From $1,999 per person // 9 days